Posted on November 1, 2014 Categories: Migrant, Speaking of Justice, Stories of Justice Comments are off for this post 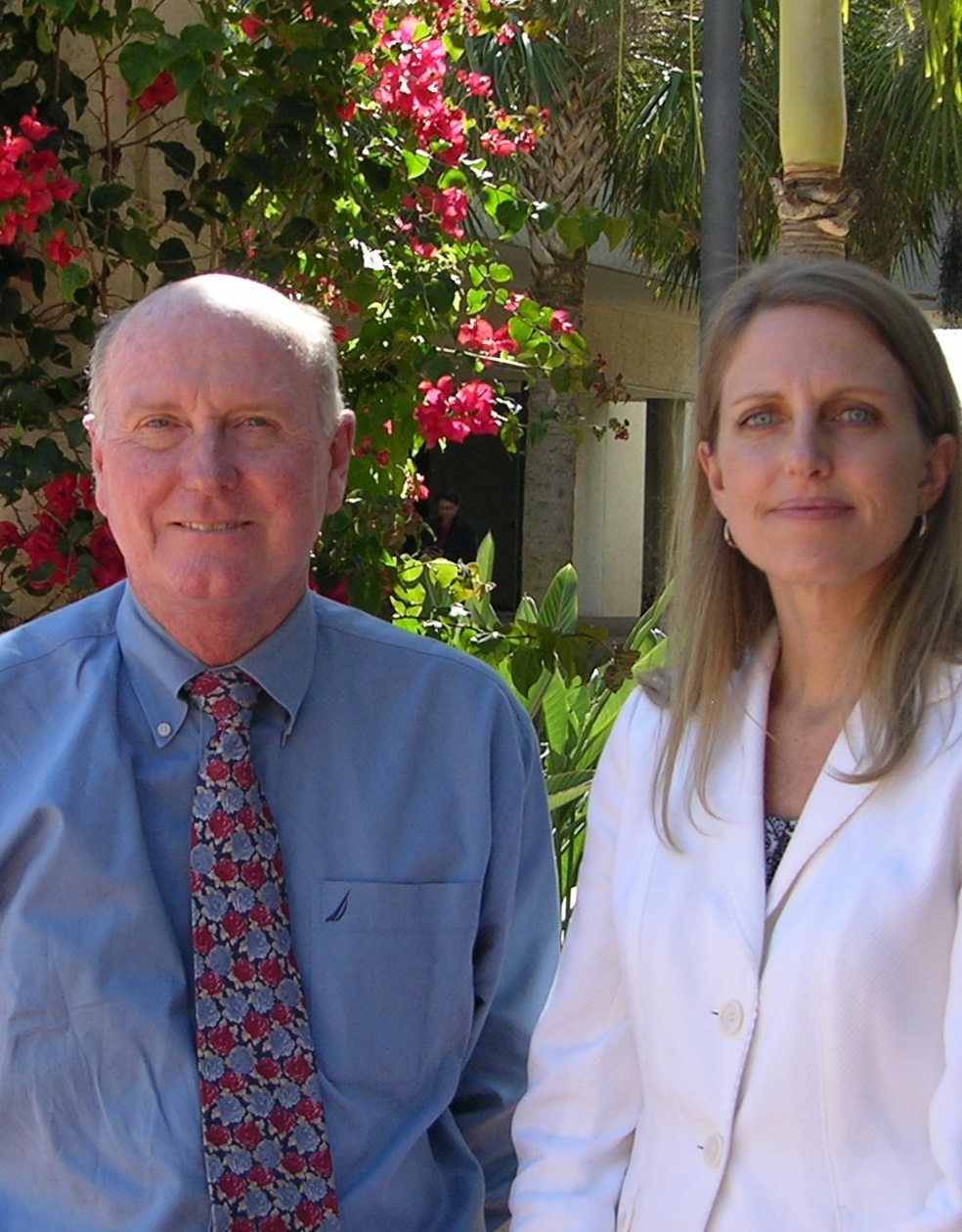 When her labor pains started, Jacinta Moreno, 15, pleaded to be taken to a hospital to have her baby, but the man who had forced her into labor in a Ft. Pierce, Fla., orange grove would not allow it.

“He said to me, ‘You can’t go to a hospital, because if you go, they will ask you where you live, and I will end up with problems,’ ” said Moreno, not her real name.

Having seen her captor shoot a young man in the leg as a warning against escape, she knew she had no choice. So with no doctor or midwife, Moreno had her baby girl in the overcrowded house where she, her father, her brother and more than 20 others were kept prisoner, allowed outside only to work in the groves from 5 a.m. until 7 p.m. as many as six days a week and without the pay they had been promised.

Recognizing that stories like Moreno’s were all too common in Florida and that the state lacked a comprehensive strategy for addressing human trafficking, The Florida Bar Foundation made a $60,000 Improvements in the Administration of Justice grant to the Center for the Advancement of Human Rights (CAHR) at Florida State University in 2007 to develop the Florida Strategic Plan on Human Trafficking.

“We took a three-pronged approach to find out from law enforcement, service providers and state agencies what the state of Florida could do more of,” Adelson said.

“It felt like organizations were reaching out and trying to do what they could but that there wasn’t an overarching picture. People didn’t understand what the state was doing as a whole or what other groups were doing.”

At that time there had been no prosecutions in state courts of any human trafficking cases, CAHR’s grant application noted.

Armed with information gathered through the grant, CAHR developed the statewide strategic plan and has targeted its efforts and expanded its collaborations, particularly with Florida Attorney General Pam Bondi’s office and with the Florida Department of Juvenile Justice. 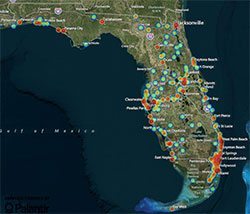 Florida ranks third nationally in the number of calls to the National Human Trafficking Resource Center’s hotline, 1 (888) 373-7888. This heat map shows where cases were reported in the last year.

“The Foundation’s grant was crucial. It provided the groundwork for the state of Florida to actually look around and realize that we had more trafficking than we had ever imagined,” said CAHR Executive Director Terry Coonan. “And we had it in sectors of the economy that we had not thought about. We discovered that labor trafficking is actually more pervasive than sex trafficking. We’ve got U.S. citizen victims as well as foreign national victims. Our resort industry has become permeated with this stuff — our hotels and restaurants. This has become, because of subcontractors, a significant part of the Florida economy.”

In fact, Florida ranks third among U.S. states in calls to the National Human Trafficking Resource Center, which had 1,724 phone calls from the Sunshine State in 2012.

With its urban streets lined in hotels, restaurants and strip clubs and its rural areas stretching across a vast patchwork of farmland, Florida is a prime destination for human traffickers. In 2012-13, the Florida Department of Children and Families verified 182 victims of commercial sex trafficking in the state.

Besides the ghastly effects on victims, human trafficking leads to the spread of public health problems and organized crime, the disintegration of families, and the loss of human capital, while requiring significant costs for rehabilitation of victims.

Today, six years after CAHR published the Florida Strategic Plan on Human Trafficking, the state’s response to human trafficking is more focused. Progress includes increasingly widespread training in the detection and prosecution of human trafficking, the expansion of legal services available for victims, and the enactment of legislation such as the 2012 Safe Harbor Act, which turned child prostitution in Florida from a criminal act by the child into an act of abuse. Prosecutions of sex traffickers have taken off. The Associated Press reported in July that the Miami-Dade state attorney’s office human trafficking unit alone has filed 236 criminal cases in recent years.

“That has all been a direct result of that initial Florida Bar Foundation grant. It’s a grant that continues to give. We’ve used up the money, but in terms of where we’ve been able to go with it, there’s been a great multiplier effect to it.”

Among victims of human trafficking, Moreno was fortunate. After eight months, she was able to escape. But more than 10 years later she is still paying the price. Her daughter, now 14, still has no birth certificate or Social Security card because her birth took place under the shadow of 21st Century slavery.

For immigration help, Moreno turned to Gulfcoast Legal Services (GLS), one of 16 Florida Bar Foundation grantees that work with victims of human trafficking. The human trafficking project at GLS serves immigrants as well as U.S. citizens, many of whom are runaways or homeless people who are preyed upon when they are at their most vulnerable.

GLS started its immigration project with help from what was then the Florida Immigrant Advocacy Center, now Americans for Immigrant Justice, also a Florida Bar Foundation grantee. Foundation funding has enabled these and other organizations to provide legal assistance for immigrants, regardless of their status, since Congress restricted the immigration legal services offered by Legal Services Corporation-funded programs in 1996.

“We would not have been doing this work without the Foundation’s support and the Foundation’s mentoring and fostering of Gulfcoast Legal Services becoming an unrestricted program that provides high-quality legal services to immigrants,” said John Dubrule, GLS interim executive director. The track record GLS developed in providing legal assistance for victims of human trafficking enabled it to obtain a $321,000, two-year Department of Justice grant to expand the work.

“We were one of only a few selected nationwide, so it really was necessary to show that we had the expertise to be able to get the grant, and the fact that we did was due to Foundation funding,” said Lisa Murray, a GLS attorney who works with human trafficking victims.

Even when law enforcement is doing its best to help, victims often struggle to get their stories out. Murray described a recent interview with a police officer in which her client, a victim of sex trafficking, was making the initial report of her victimization. Murray found it the most difficult thing she’s done in 10 years at GLS, during which she’s represented many crime victims.

“The client literally could not get it out,” Murray said. After 10 minutes of sitting in silence, waiting for the client to gain the composure to speak, the officer resorted to asking yes or no questions, which were about all the victim could handle.

“It’s upsetting because you see these people have been taken advantage of and manipulated, and you just can’t understand how a person could treat another human being that way,” Murray said. “It just doesn’t make sense. It’s so disturbing.”

Resources and information for pro bono attorneys working with survivors of human trafficking are available at: humantraffickinglaw.net, a joint project of the American Bar Association, the Polaris Project and probono.net.

“It’s upsetting because you see these people have been taken advantage of and manipulated, and you just can’t understand how a person could treat another human being that way,” Murray said. “It just doesn’t make sense. It’s so disturbing.” 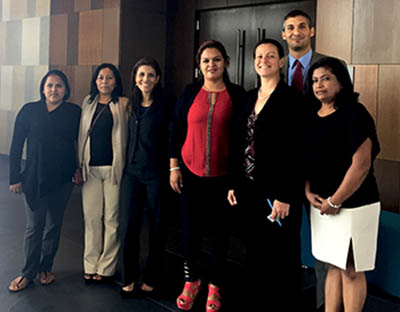 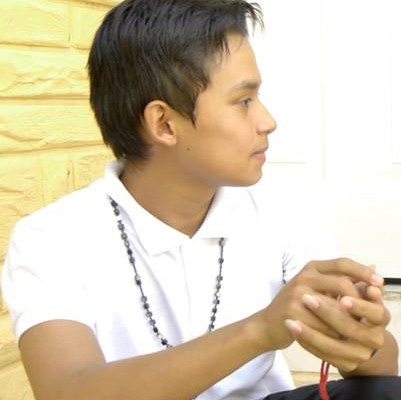 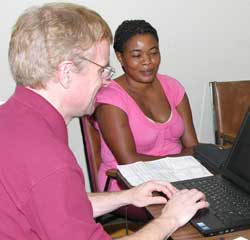