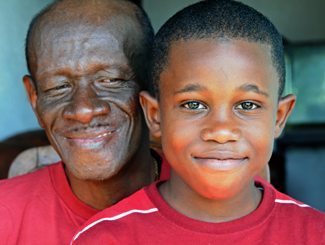 In this photo: Keshawn, now 8, and his father James Kearse relax at home together in South Bay.

When James Kearse learned that a lawyer at the Legal Aid Society of Palm Beach County might be able to help his first-grader, he let nothing stand in his way.

“I’d do anything for my kids,” said Kearse. “I’d go around the world for them.”

So, with both of his vehicles out of commission, Kearse borrowed the cab of a long-haul semi and began the 50-mile trip from his home in South Bay on the southern rim of Lake Okeechobee to downtown West Palm Beach.

There, he met with Susan Hendricks, an attorney with the Legal Aid Society’s Education Advocacy Law Project, which is supported by a $144,000 Children’s Legal Services grant from The Florida Bar Foundation. Hendricks could have met with Kearse a few days later when she was scheduled to be in the Belle Glade office, just a few miles from South Bay, but Kearse did not want to wait another day.

His son Keshawn had already been out of school for almost two months, at first because of out-of-school suspensions and then because the 6-year-old was frightened to return to a school where Hendricks said two aides had held him in prone restraint for several minutes.

Kearse had tried repeatedly to get Keshawn transferred to another school, traveling several times to the school district offices in West Palm Beach and pleading with school officials in Belle Glade. But he got nowhere.

Hendricks believed the school was in violation of state and federal law because, in spite of abundant evidence that Keshawn was deeply troubled, they had not initiated behavioral interventions or screened him for eligibility for exceptional student education services.

“They should have been doing behavioral interventions with him,” Hendricks said. “Instead they were focused on trying to restrain him. It was obvious what was at the root of his behavior. He had gone through a very traumatic experience and he was responding to that.”

Hendricks reached a settlement in lieu of litigation with the Palm Beach County School District, which agreed to transfer Keshawn immediately to another school and provide bus transportation, therapy, an expedited psycho-educational assessment and intensive tutoring to help him make up missed work.

Testing revealed Keshawn was suffering from post-traumatic stress disorder, but was a gifted student with high intelligence and exceptional artistic ability. He was placed in a specialized classroom for students with emotional and behavioral disabilities.

By the end of the school year Keshawn had no further discipline referrals, was reading above grade level and was promoted to second grade. Now in third grade, he’s doing so well, he’s moved to a mainstream classroom.

“The second school dealt with him with compassion and patience, and it was the polar opposite of the bad experience he’d had at the prior school,” Hendricks said.

Now, Keshawn will wake up on a Saturday and react with disappointment when he’s reminded it’s not a school day. He enjoys art and writing, and will often sit down to write a story just for fun.

“He loves school so much,” Kearse said. “Ms. Hendricks, she opened the right doors for me. She was Heaven-sent.”

At home, father and son do all kinds of activities together, from making pancakes to fishing to working in their garden, where they grow vegetables to share with their elderly neighbors.

“He’s my right and left hand,” Kearse said. “We can’t live without each other.”

While Kearse is keenly focused on ensuring Keshawn makes the most of his education, his ambitions for his son are simple.

“Have a good heart and a good nature,” Kearse said. “I try to teach him the most important things are the little things, not the big things. Little things will take you a long way.” 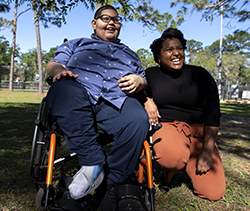 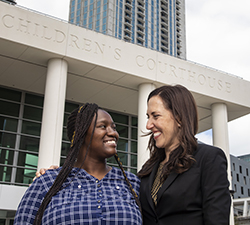 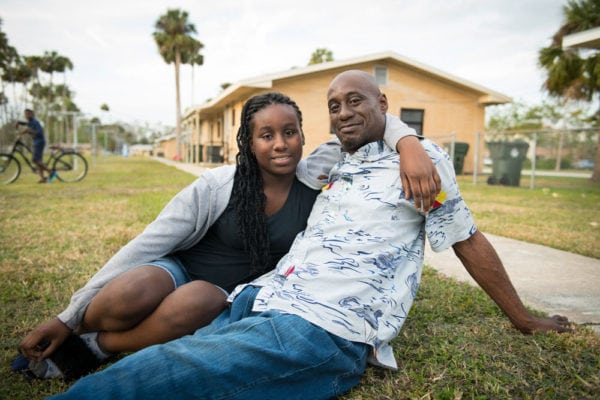