Posted on May 16, 2017 Categories: Awards, News Releases Comments are off for this post 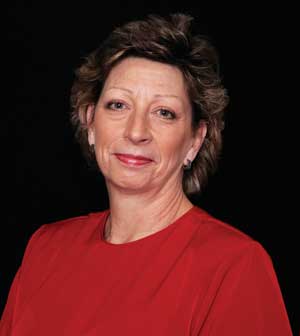 MAITLAND, Fla. – Jane Elizabeth Curran, The Florida Bar Foundation’s founding executive director, has been selected to receive the 2017 Medal of Honor Award, the Foundation’s highest award, in the non-lawyer category.

Curran was recruited to The Florida Bar Foundation in 1982 to lead the organization as it launched the nation’s first Interest on Trust Accounts (IOTA) program, which was authorized by the Florida Supreme Court in 1981. She served as the Foundation’s executive director for nearly 33 years and helped expand IOTA, known as IOLTA in many states, as a funding mechanism for civil legal aid throughout the country.

“Most people with The Florida Bar Foundation appreciate all that Jane Curran has done in Florida with her support of legal services, her support for public service fellows at law schools and her critical early support for the Innocence Project of Florida,” said Sandy D’Alemberte, a past president of the American Bar Association and the 1987 recipient of the Medal of Honor Award. “However, Florida lawyers may not be aware of her role nationally. Jane shared ideas, provided training and technical assistance and developed the network of foundations that has done so much to advance legal services programs and law reform. I cannot think of any non-lawyer who has had such an important impact on the law during a long career of service.”

In nominating Curran, Florida Bar Foundation Immediate Past President Donny MacKenzie called her a “pioneer, visionary and difference-maker” and a “diligent steward” of the Foundation’s resources.

“She led the charge in creating, implementing and establishing increased funding through the Interest on Trust Accounts program. And she was the proverbial tip of the spear for virtually every innovation employed in the United States until her retirement,” MacKenzie said.

Curran led the Foundation as it worked to make Florida’s IOTA Program mandatory, to achieve interest rate comparability so that IOTA accounts earn the same interest rates available to similar bank customers, and to create innovative grant programs to improve the justice system and the delivery of civil legal services.

“As a member of the ABA Commission on IOLTA, I came to truly appreciate the national impact of Jane’s leadership,” said Kathleen S. McLeroy, the 2016 receipient of the Medal of Honor Award and a past president of The Florida Bar Foundation. “I saw firsthand that the leaders of the programs in all of the other states looked up to Jane and followed her lead. It was no coincidence that so many states copied Florida’s successes.”

Curran served as president of the National Conference of Bar Foundations and the National Association of IOLTA Programs and a member of the American Bar Association’s IOLTA Commission.

She was not only the Foundation’s executive director, but also the director of its Improvements in the Administration of Justice Grant Program, which has helped launch or fund a number of important projects, including the Innocence Project of Florida. 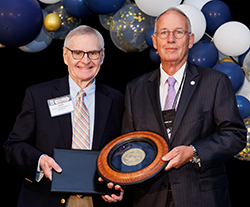