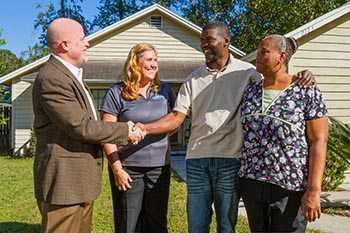 Make a difference: Give Now Learn more about What We Do 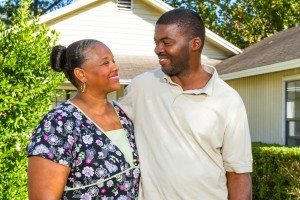 Keith and Vickki Jordan’s money woes started the way they do for many couples – with a job loss – and soon overtook them in a perfect storm of shrinking income and rising expenses that almost cost them their Jacksonville home.

Not long after Vickki lost her job, Keith, a corrections officer since 1997, took two hits to his paycheck. His wages were suddenly being garnished due to student loan debt, and then the state of Florida began taking 3 percent of his pay to put into his retirement plan. Meanwhile, the couple’s homeowner’s insurance rates skyrocketed, taking their total monthly house payment from less than $730 a month to more than $1,000.

Since purchasing their home in 1999, Keith, an Army veteran who served in Desert Storm, and Vickki, a private duty certified nursing assistant, had always made their mortgage payments, but soon they found themselves behind on their VA loan and being threatened with foreclosure by the lender.

The Jordans’ story is a familiar one to the dozens of legal aid attorneys around the Florida who work in the trenches every day trying to save their clients’ homes.

In fact, housing and family law are the two most common types of legal aid cases, with each accounting for about 30 percent of the total cases handled by Florida legal aid organizations each year. Funding from The Florida Bar Foundation, down 78 percent since 2010 due to drastically reduced revenue from Florida’s Interest on Trust Accounts Program, is increasingly inadequate to support the work of legal aid and pro bono attorneys who defend foreclosures in court, although it still plays an important role.

(L-R) Jacksonville Area Legal Aid Executive Director Jim Kowalski and housing counselor Karen Weaver congratulate Keith and Vickki Jordan on their loan modification. By defending their foreclosure and guiding them through the loan modification process, Kowalski and Weaver helped the Jordan’s hold onto their home.

And while foreclosures are down in Florida as they are in most states, the Sunshine State still leads the nation, according to a report released in February by CoreLogic showing that 118,000 Florida homes were repossessed by lenders in 2014. That’s more than four times the number in Ohio, which ranked second in repossessions last year among the states with a judicial foreclosure process. Florida’s seriously delinquent loan rate of about 8 percent is double the national rate, according to the report.

Several studies have shown that a foreclosure diminishes the value of the surrounding homes by about 9 percent. And a 2006 city of Chicago study found that a one percentage-point increase in the foreclosure rate can be expected to increase violent crimes in a census tract by 2.33 percent.

St. Johns County Attorney Patrick McCormack said he looks at legal aid as “preventive medicine” that reduces the burden on law enforcement, health and human services programs, and the Clerk of Court.

“When there are foreclosures and homes are lost, that is harmful to the residents and taxpayers. The county recognizes that and supports legal aid to head off some of the worst of these negative consequences,” McCormack said.

With legal representation – often coupled with the services of a housing counselor – foreclosures can often be avoided, as happened in the Jordans’ case.

They turned to Jacksonville Area Legal Aid (JALA) for help and were represented by the organization’s executive director, Jim Kowalski, who took over the foreclosure defense after their pro bono attorney moved out of state. They also got help from JALA Housing Counselor Karen Weaver, who got them started on a savings plan after Vickki found a new job. Weaver also helped them demonstrate that they were fully participating in the loan modification process, which meant the lender was prohibited from moving forward with the foreclosure under Consumer Financial Protection Bureau regulations.

In September 2014 the VA, through the lender, offered the Jordans a permanent loan modification that reduced their interest rate while not extending the length of the loan. They will still be able to pay off the mortgage in nine years, just when Keith is scheduled to retire, and they still have almost $30,000 of equity in the property. Vickki and Keith have agreed to continue housing counseling to ensure they won’t fall behind again. 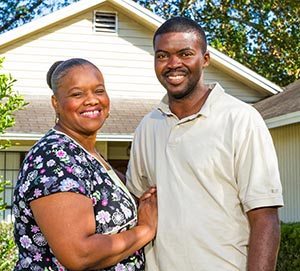 “Without legal aid we would have been dead in the water,” Keith said. “The bank would have foreclosed on us, and we wouldn’t have this house. I thank God legal aid was there because we didn’t know what to do.”

Vickki said she would refer anyone in their situation to legal aid without hesitation.

“Legal aid helped us save our house,” she said. “Your house, that’s your dream. That’s something you are taught when you are little: ‘Work hard, get your dream house, and enjoy it.’ And now we can enjoy it.”

Kowalski, a member of the recently established Florida Commission on Access to Civil Justice, said stories like the Jordans’ are great examples of why increasing access to justice – including legal representation in complex cases like foreclosure – is good for the economy.

“Keeping homeowners in their neighborhoods has an enormously positive ripple effect,” Kowalski said.  “The family can keep shopping at their local stores, supporting the local economy, and the children stay in their local schools, avoiding all of the problems that occur when kids have to shuttle from school to school during the year.

“I am hopeful the commission will help reframe the discussion when it comes to recognizing and measuring the value of access to justice to Florida – both to the state of Florida and to Floridians. That in itself will be an important outcome.”

Make a difference: Give Now Read more Stories of Justice

Prior to joining Jacksonville Area Legal Aid in 2012, Kowalski provided pro bono services as a private attorney. In June 2011, he was named “Consumer Protection Lawyer of the Year” by the Consumer Protection Law Committee of The Florida Bar “for outstanding work protecting the legal rights of Floridians facing foreclosure and helping fellow practitioners of consumer law.” The University of California, Berkeley, honored Kowalski in October 2015 for his pro bono services to victims of mortgage fraud, predatory lending and collection practices. Kowalski received the Peter E. Haas Public Service Award for his work — including the litigation of landmark foreclosure defense cases — which highlighted numerous problems in foreclosure filings nationwide and has changed the lives of many people in need of legal aid assistance. The award recognizes a Berkeley alumnus who has made a significant voluntary public contribution to the betterment of society, particularly at the community level, within the United States. 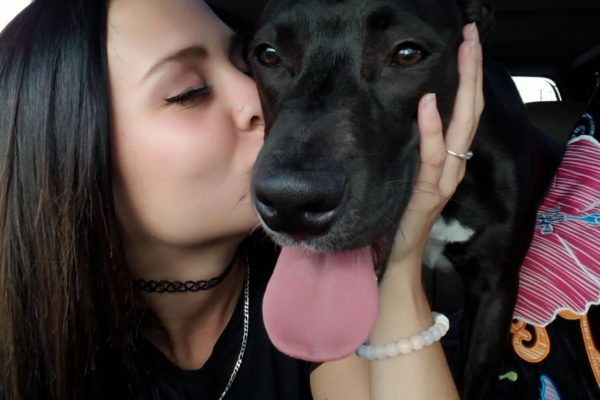 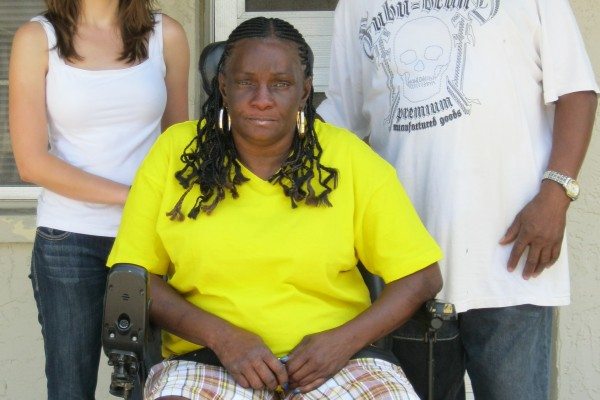 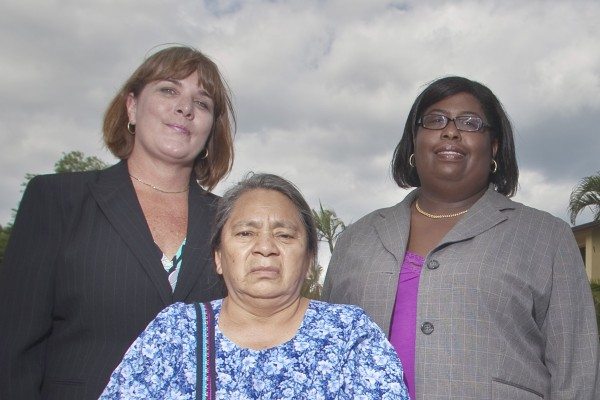